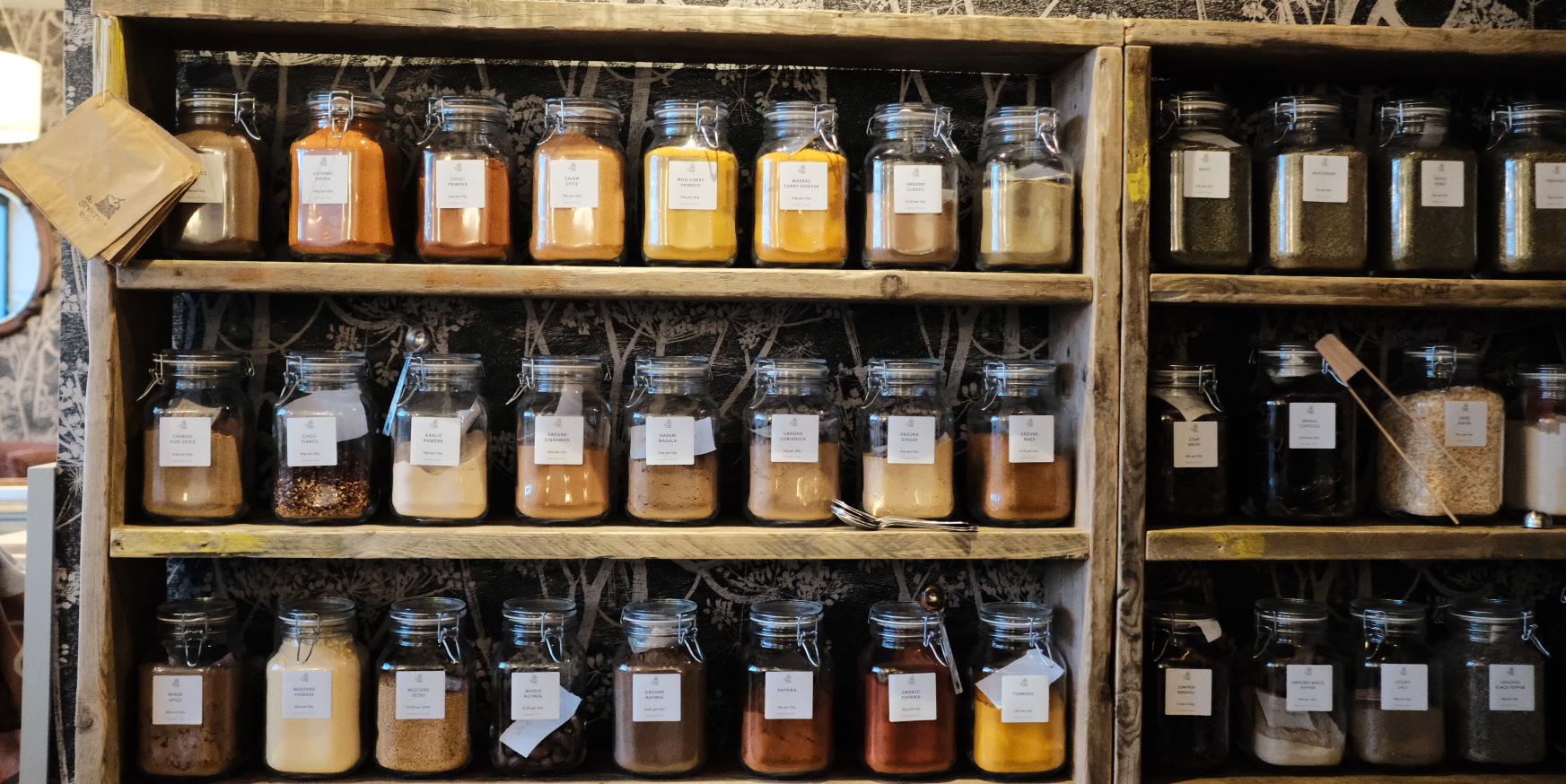 Plastic free, weigh and pay shopping. Making it easy for you to stock and re-stock your everyday household items without wasteful packaging.

We have created a shop hoping to inspire and enable our community to be more sustainable. The way we live is actually unsustainable, it’s a reality that we cannot afford to close our ears to. By making small changes to our shopping habits, we can make a big difference. 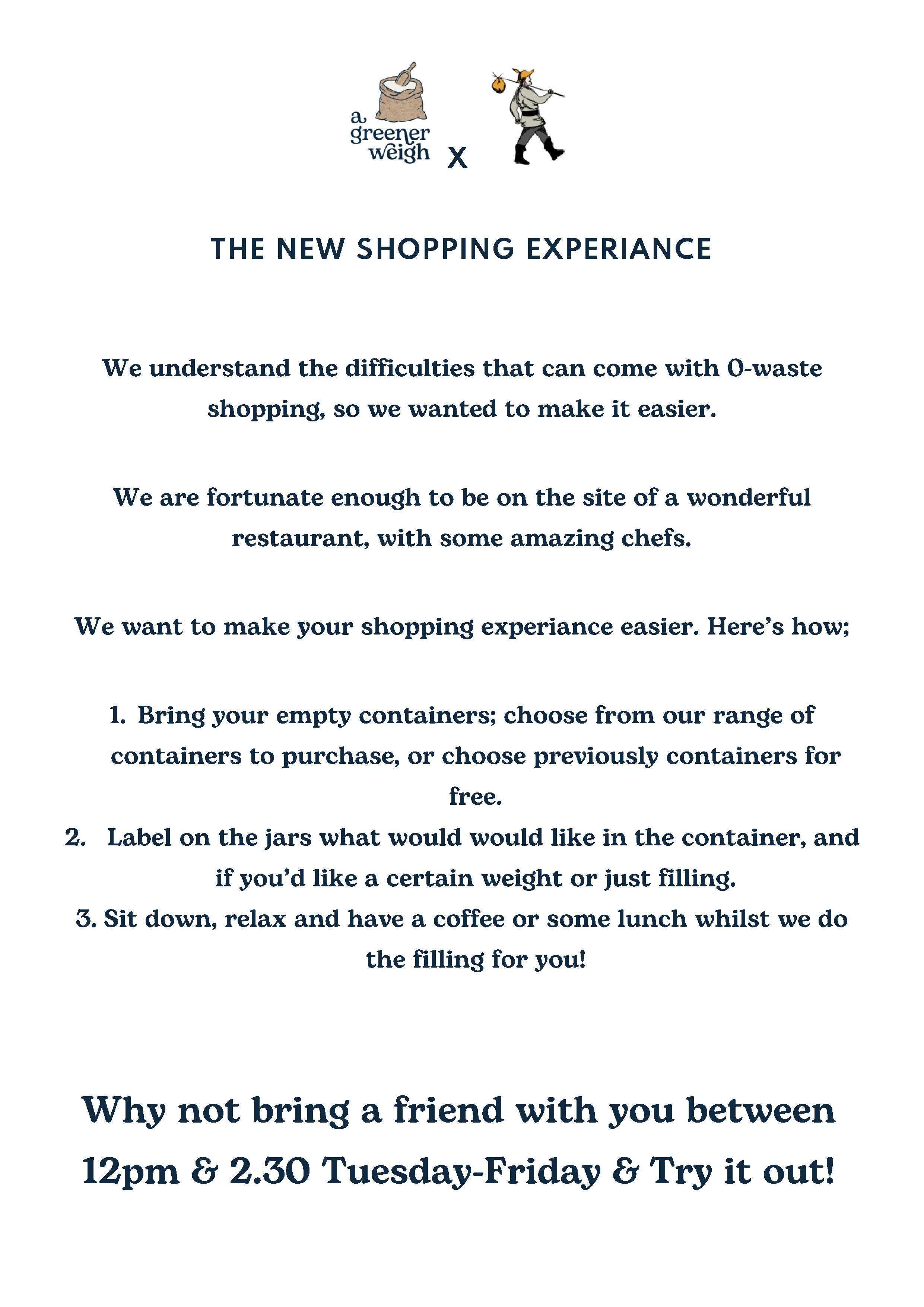 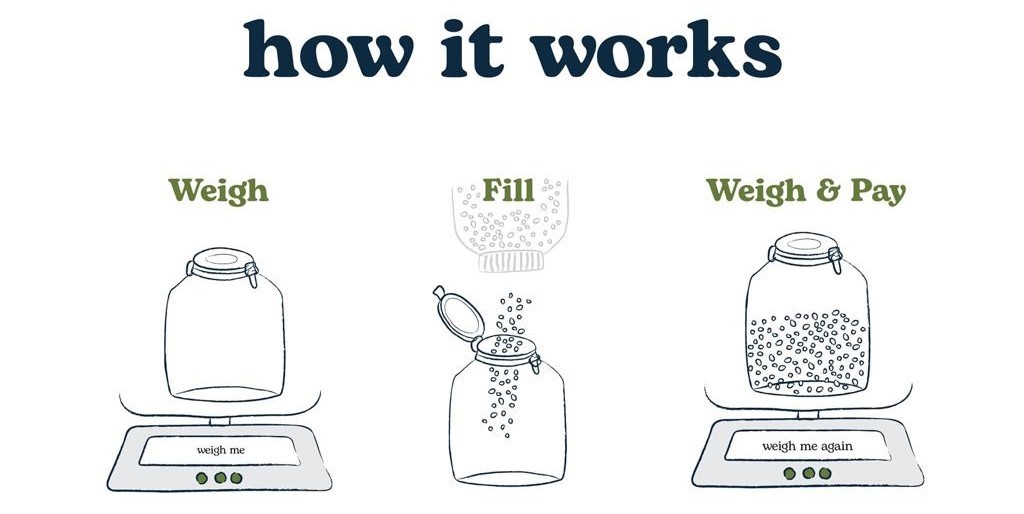 A couple of years ago we had the idea to open a zero waste shop. Running the Wayfarer for the last 23 years has been a 364 day a year job and the lockdown gave us a rare chance to reflect on what is important. It became clear to us that sustainability was more than a trendy buzzword; the way we live is unsustainable but becoming sustainable needn’t be overwhelming. While the supermarket shelves were empty, we had a closed restaurant and a stockroom full of pasta and flour. Unexpectedly, we had the opportunity to create the shop we’d long dreamt of. We have intentionally embarked on a journey to be sustainable beginning with our zero-waste shop. We invite you to join us!

Family run independent businesses have largely become an outmoded British institution comprising a mere 8% of our current economic make up, compared with 30% in France and 36% in Germany. Parbold is home to a number of independent businesses including; a local butchers, green grocers, dairy farm and now a zero waste shop. In the age of extraordinary marketing sophistication used by the giant supermarkets, the local independent stores are making a comeback. We are looking forward to working with these other small businesses to create a full complement in Parbold.

As our understanding of sustainability grew, we became aware of the importance of local economies and concerned about where things were made and the use of modern slavery. When we set about choosing our glass jars/containers, we started searching on a wholesale eastern import website. We found some nice looking containers/jars at a good price but something just didn’t sit right. We didn’t want to fall into the “the buy as cheap as possible, sell for as much as possible”, greedy commercial ethos responsible for the destruction of our local economies. We chose jars ethically made in Italy. We would have liked to buy British, but we were sad to find the last two British glass homeware manufactures closed within weeks of each other in the seventies, unable to compete with cheap imports. 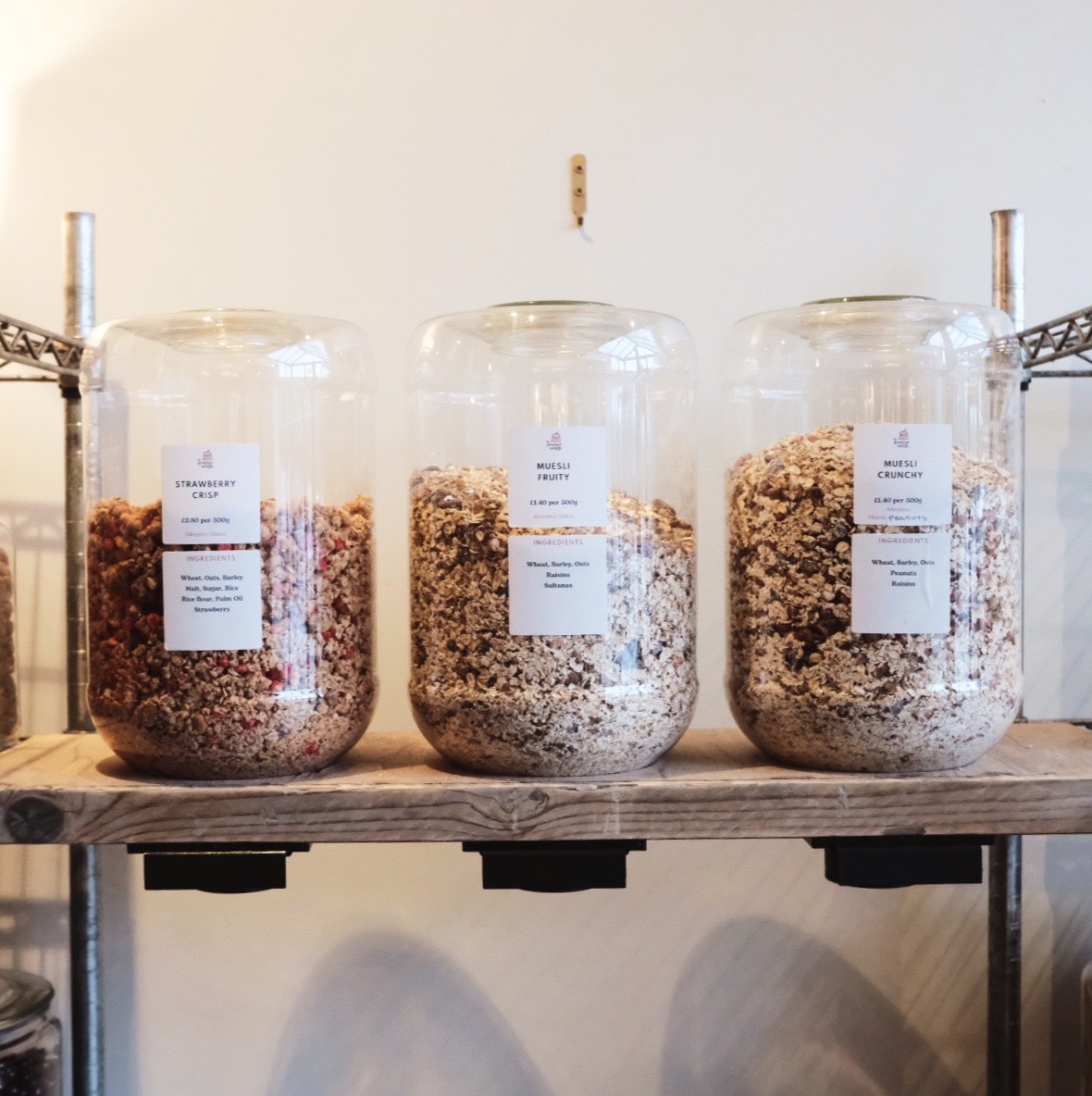